THE BOLD, THE CORRUPT AND THE BEAUTIFUL 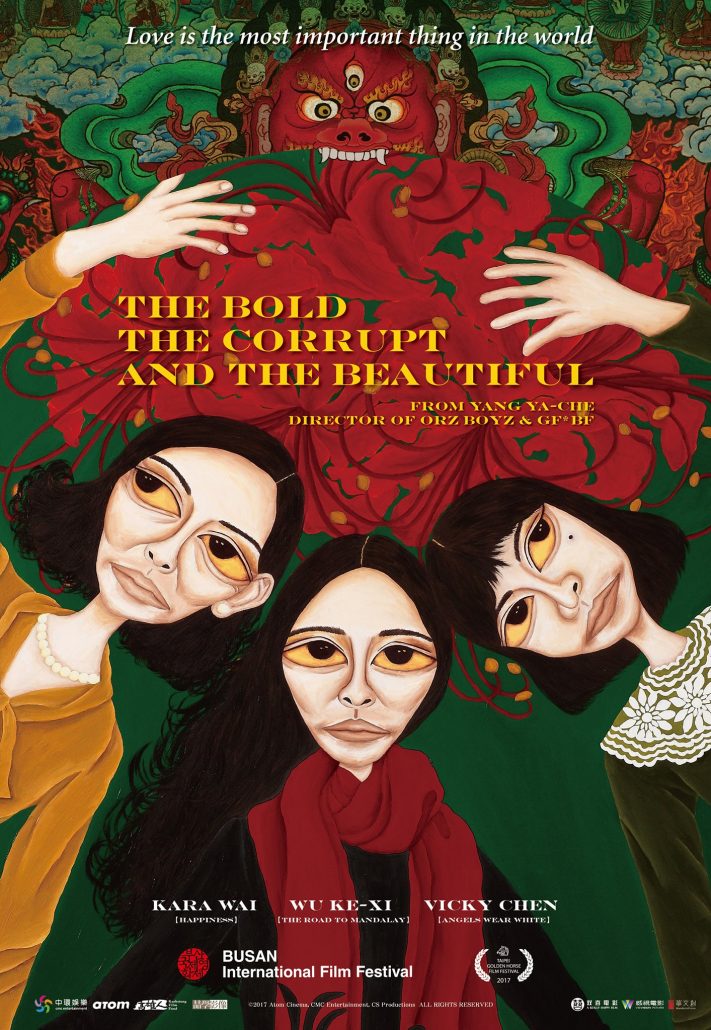 Madame Tang’s late husband was a general. Based in Mituo Township in the Southern Taiwan, Madame Tang uses culture as a cover as she utilises her late husband’s connections in politics. For a long time, sheis the most trusted person when the local businessmen and the politicians need someone to whitewash their shady deals. Ever since she could remember, Tang Chen has preferred Madame Tang, who always seems kind and competent, to Tang Ning, who often acts like a crazy woman. Although Ning never likes the pretentiousness and hypocrisy filled in the family, she forces herself to stay and work with her mother. Curious about the hushed conversations between the adults around her, Chen quietly learns.

Recently, the land development project that Madame Tang has encouraged everyone to invest in goes wrong; for some unknown reason, the location has been changed, and all the money they have put in is frozen. Moreover, not only the local councillor who approved the loans to the investors but also the entire family of his is murdered. The horror shocks the group, creating rifts between the partners.

Ning has never wanted Chen to become a socialite at such a young age,and she often agues with her mother over this issue. After the incident happened, Madame Tang assigns a task to Ning, who refuses to get Chen involved. Nevertheless, Lin Pien-pien, the only survivor of the family murders, is Chen’s best friend. The adults can never expect that Chen withholds a secret so crucial that it is leading the development of the case.

As one person gets sacrificed after another, Madame Tang and Tang Ning have no choice but clean up the mess, fulfilling their duty of covering up crimes. To their surprise, the crisis makes the three women of the Tang family, who have always collaborated with each other, realise that they have such different ideas of the place they call home. Moreover, what each of them wants to protect most is different. These three women fight with all their strength and wits, but none of them foresees the outcome that will take them all by surprise…

MY EGG BOY
Scroll to top