Chin-Mao is in his eighties, and lives alone in a house in Pingxi, a town where only elder people and litters of sky lantern remain. His wife has passed away, and both his children have their own families and careers in Taipei, where he could never get used to, and the only impression he has for the city is the hospital.

One day, Chin-Mao is hospitalized due to abdominal pain. In the ward, his daughter Yu-Chen gets into an argument with his son Yi-Cheng about sending him to a nursing home. After Chin-Mao refuses to move to Taipei with her, Yu- Chen has to move back to Pingxi in order to take care of him. Chin-Mao is getting tired of living after seeing his old and unfit suit. The only thing that could keep it off his mind, is his unmarried grandson, Kai-Kai.

However, an unexpected accident has happened, subsequently leading Chin-Mao moving into a nursing home. Even the good news of Kai-Kai getting married doesn’t do much to help Chin-Mao feel better about living in a nursing home.

Then one day, Yu-Chen takes Chin-Mao out on a wheelchair to order a new suit for the upcoming wedding. Unbeknownst to her, the suit has a totally different meaning to Chin-Mao. He just wants to go back to Pingxi, and prepares to walk the last mile. 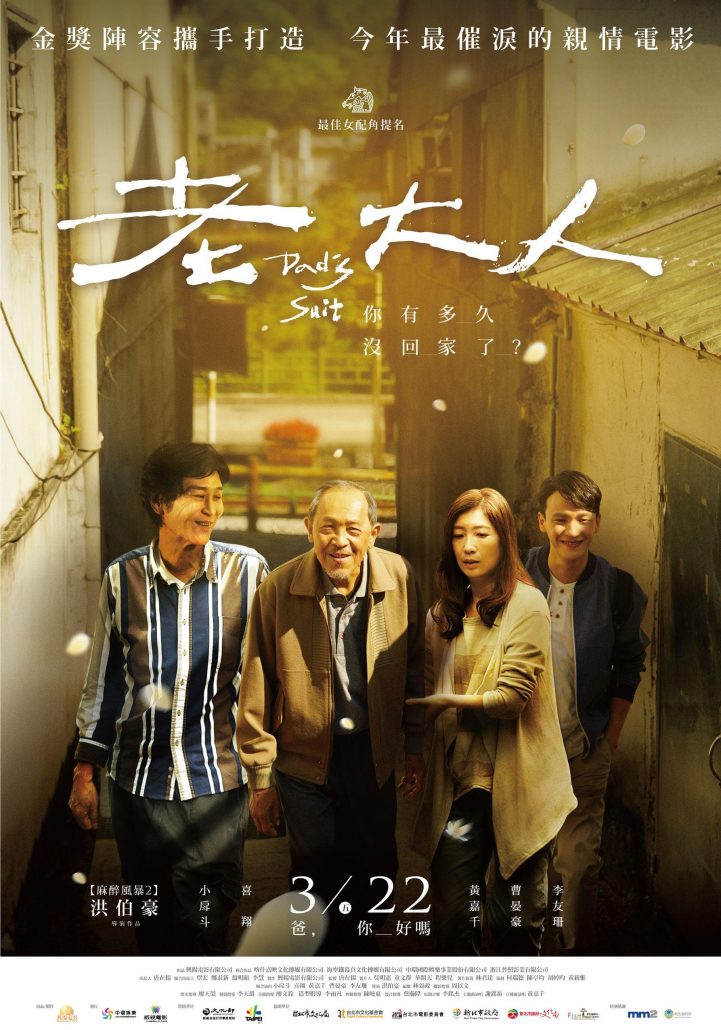