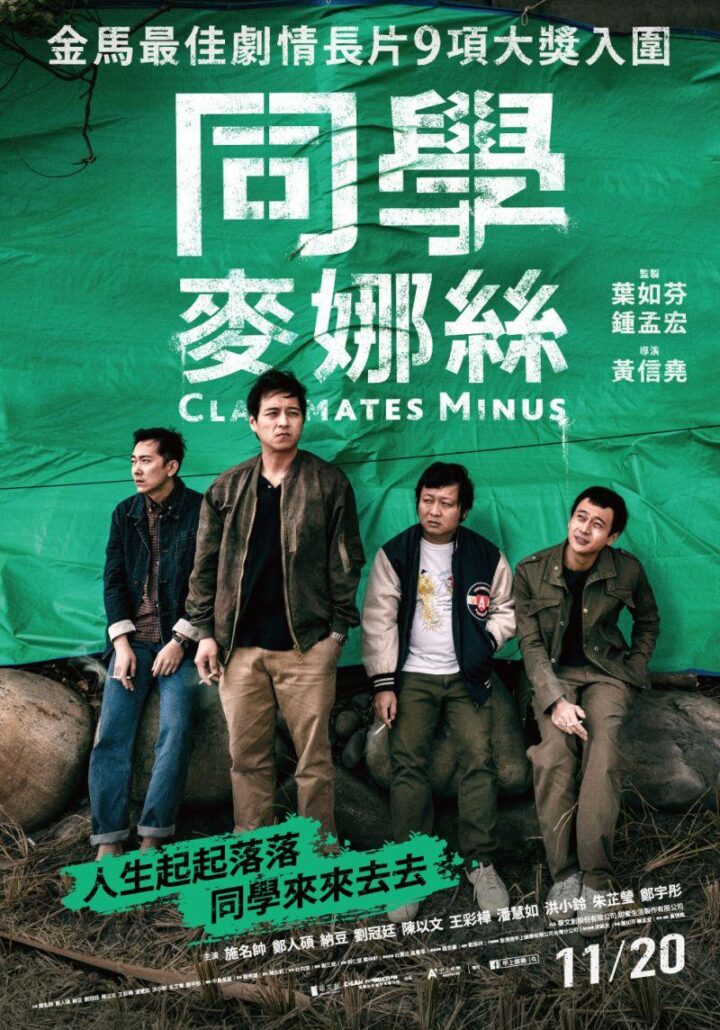 There are five of us — the four main characters and myself, the narrator. We are old friends from the same class in high school. This is a recent story about us all facing midlife crises that takes places in Central/Southern Taiwan.

Men in their 40s are suspended in the middle of nowhere, between stages of life. Like us, we don’t have goals to strive for, let alone opportunities to fight for. Some of us simply give up on hope, and some struggle onwards. I, the narrator of this film, will tell you a story about my friends. I will begin the story with fragments of their lives since I won the Golden Horse awards. My life has changed a little because of the awards, but their lives have changed drastically because of some trivial events.

Old-fashioned and slightly worn-down, this bubble tea house used to be popular more than 20 years ago. It has been a hangout place for us since we were teenagers. In this place, we talked about chicks when we were young, we exchanged work information when we were older. And now it has become a refuge for us to kill time, to seek empathy from each other, and to hide away from family and work.

The storylines of my friends are intertwined with one another. There’s a middle-aged director who is frustrated with his undiscovered talents (Ming-Tian Wu, aka Tom; representing Dreams and Aspirations), a hard-working white-collar worker who is depressed about his lack of achievement (Dian-Feng Chen, aka Fan Man; representing Life), an idle part-timer at the Household Registration Office who is hesitant about love (Guan-Tao Lin, aka Tin Can; representing Love), and a paper offering maker who is able to communicate with the dead but doesn’t know why (Hong-Chang Li, aka Blockage; representing Fate).

This is not some film with important moral lessons. This is a film with the following central theme – life is just so fucking ridiculous!

A LEG
Scroll to top