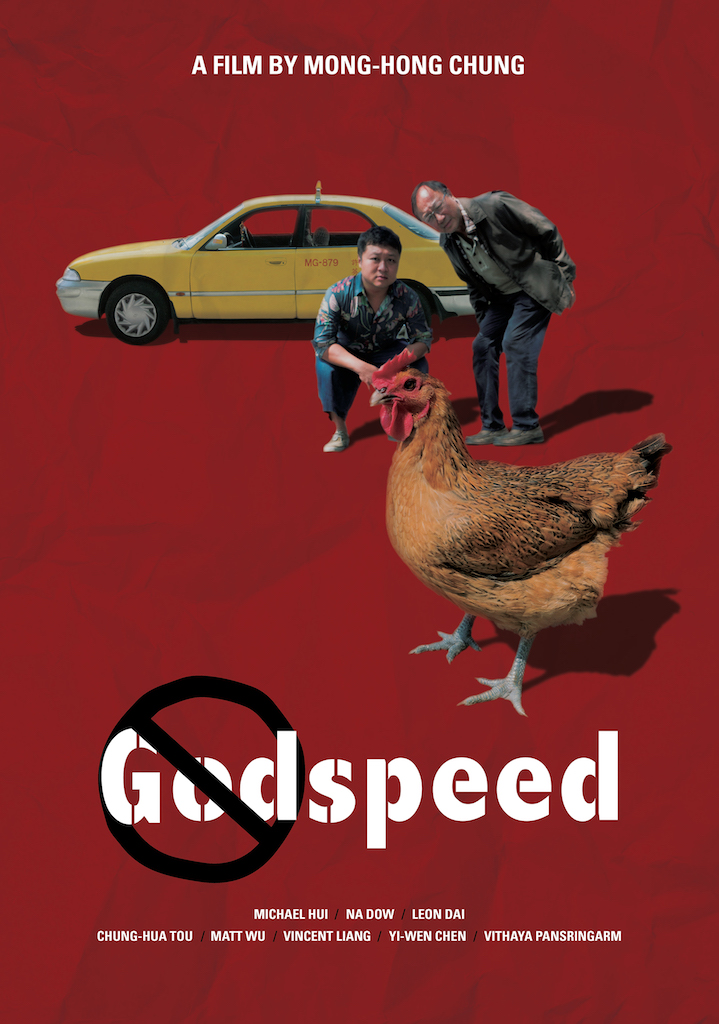 Na Dow, who grew up lying, stealing and fooling around, decides to straighten out and takes his first steady job as a courier. The job is simple: hail a cab at sunrise, deliver a package to a close friend of Na Dow’s boss, and return on the same cab by sunset. Little does he know that he would be delivering heroin of top-notch quality.

Na Dow hesitantly gets on a shabby taxi driven by the carefree Old Xu, a Hong Kong native who came to Taiwan 25 years ago and somehow decided to stay. Na Dow’s plan to reform himself and Old Xu’s wish for a peaceful life take a downturn when they become the target of a mob attack. The drugs and the money are gone, and Old Xu and Na Dow are held hostage in the trunk of a car.

People say “Godspeed” to bid farewell, as blessing and hope. A journey is not always smooth sailing, and fate may change in a split second. This film serves to remind us to look back at what we miss and pick up, even just a fraction, what we feel as human beings.

CHUNG Mong-Hong was born in Ping-Tong, Taiwan. He received his B. S. in Computer Engineering from National Chao Tung University in Taiwan, and his M. F. A. in Filmmaking from the School of the Art Institute of Chicago. Since 1997, Chung has directed more than one hundred TV commercials. In 2008, his first long feature film Parking was selected in Cannes Film Festival for the Un Certain Regard section. His second long feature film, The Fourth Portrait, won him the Best Director of Golden Horse Award in 2010, and has been selected in Locarno and Toronto International Film Festival. His third long feature film, Soul, was also selected in Toronto, Tokyo and Busan international film festivals. Godspeed is his 4th feature film.

THE VILLAGE OF NO RETURN
Scroll to top